Bestival is a four day music festival curated by Rob Da Bank and his wife Josie on the Isle of Wight every September. Over the years it has won many awards with a reputation for being more eclectic than most festivals of it’s size. In 2013 Brighton Sound System in partnership with Traction Sound were asked to provide sound for both the Hidden Disco and Ambient Lake Stage.

“Brighton Sound System nailed it at Bestival for us. We gave them a tricky brief at the last minute and they over delivered for us …and kept a smile on their faces throughout.”
Rob Da Bank (Bestival)

The Hidden Disco featured a 48kw sound system from Traction Sound. Loudspeakers included were 8x SDS12i Kodiaks as mid top with 4x BH218 on bass duty and then just to make your trouser’s wobble 4x BPS218 Hades. Naturally this was all powered by Powersoft. Their Armonia system control software was used to adjust for different capacities of revellers and frequency dependant noise pollution requirements that changed depending on the time of day. The sound system was also carefully rigged to keep noise on the dance floor and away from the neighbours.

Over at the Ambient Forest it was a more chilled affair with a couple of Traction BP18 Atlases and SDS12i Kodiaks pumping out through the night.

Are you providing production for a Festival? If  want some advice on sound system hire please don’t hesitate to call on 01273 746506 to discuss your festival’s requirements further. 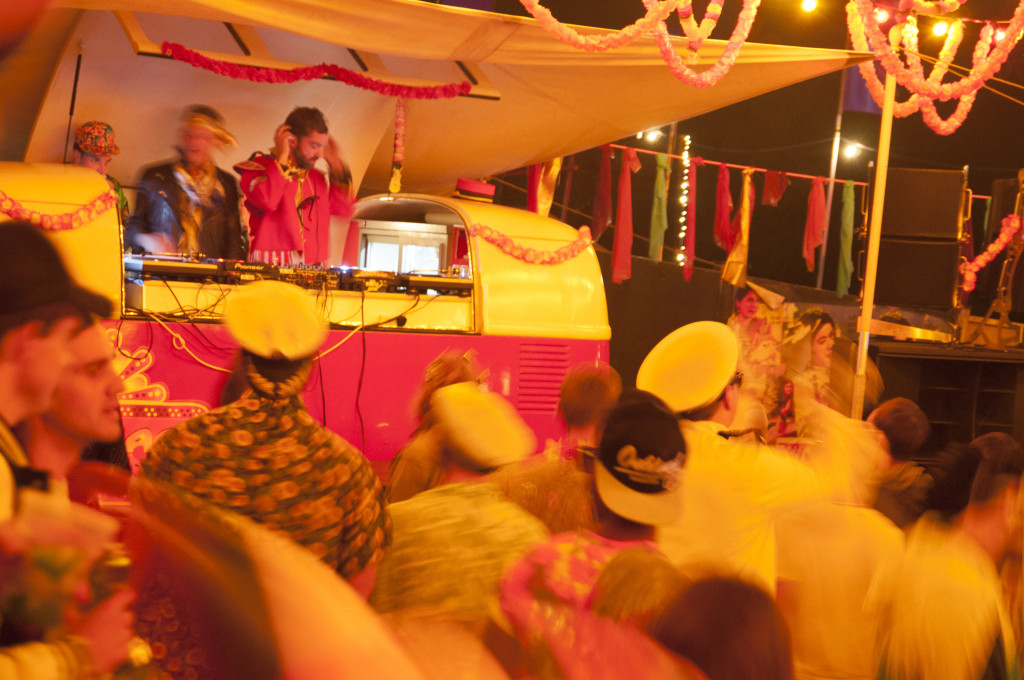